June 06, 2017
This month for Top 10 Tuesday, I thought we'd visit a topic that shows up in a surprising way in Albion Academy: dragons. They can be good; they can be evil; they can be humorous or quite solemn. Whatever they are, they make stories interesting and dangerous. As it has been said (but NOT by Tolkien), "Always remember, it’s simply not an adventure worth telling if there aren’t any dragons."

Onward to the dragons! (Be sure to keep a wizard and a fire cloak handy.) 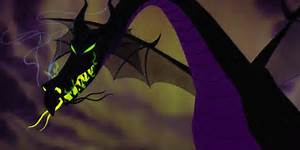 She's the self-proclaimed Mistress of All Evil™and a cunning villain bent on the destruction of other people's happiness. Maybe she's a fairy, maybe she's a dragon, maybe she just needed someone to show her true love, but whatever the case, she's one of the most iconic dragons in cinema. 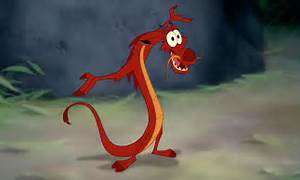 On a lighter note, we have Mushu, the Fa family guardian demoted to gong-ringer for failing to protect one of his charges. (In the animated film, this is played for laughs, but if the live action adaptation keeps the Mushu character, I hope they take a more serious tone with this backstory. It would add to the tension very well if we're worried that Mulan's guardian might really screw this up and get her killed like her relative.) Funny, clever, and not entirely honest, Mushu adds a trickster-ish element to the story while also allowing for some parallel character development to highlight Mulan's journey. 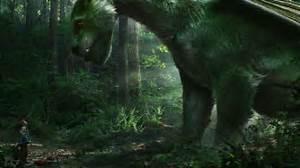 I promise there are non-Disney dragons on this list! I grew up watching the original Pete's Dragon and loving the friendship between Pete and Elliot, especially how Elliot acts as a guardian angel to Pete, keeping him safe, guiding him to a new family, and generally trying to keep life interesting. But the new film takes their relationship in another, just as satisfying, direction. In the 2016 film, both Pete and Elliot are lost and in need of family. They protect each other and eventually both find family again (adoptive for Pete and, as far as the film lets on, original for Elliot). It's this sort of interdependence and friendship that comes out in the best stories of dragons-that-aren't-villains. 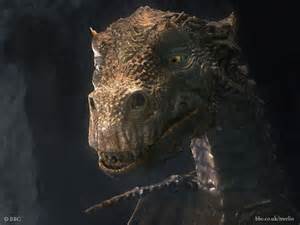 One of the more interesting aspects of BBC's Merlin series was the idea of the Great Dragon secreted away beneath the castle of Camelot. Merlin's relationship with the Dragon grows throughout the series from innocent mentee to friend and savior to betrayer to Dragon-Lord. Watching the Dragon change from fount of wisdom and prophecy to a more nuanced character whose goals may or may not be to the good of Albion made the series more enjoyable. Seeing the potential in Kilgharrah's character and backstory makes me long to see what Albion would have been like when dragons and Dragon-Lords were more common in the land. (It also doesn't harm my love for the character that he's voiced by John Hurt.) 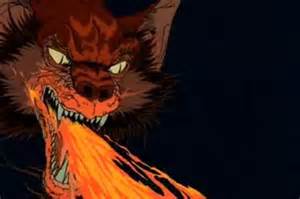 The most readily identifiable of Tolkien's dragons, Smaug is the terror of the Lonely Mountain. Responsible for the destruction of the first kingdom of Erebor and the town of Dale, Smaug is a classic English dragon. He taps into Tolkien's idea of dragons as classical treasure-hoarders and pillagers of the country. He is clever and vengeful, a creature of desire but not of enjoyment. His conversation with Bilbo is one of the best scenes in the book (sadly broken up in the Peter Jackson films so that the weight of Bilbo's courage and fortitude falls somewhat flat) and his death at the hand of Bard the Bowman is a classic scene of victory over evil.

Switching back to beneficent dragons for a moment, the Great Blind Dragon is a force of nature and supernature in Jennifer Freitag's planetary romance, Plenilune. If you haven't read this book, please go out and get it now. It's a dense, richly written epic with romance, action, magic, and yes, a dragon. The Great Blind Dragon serves in some measure as a messenger of the divine in the novel, providing protagonist Margaret with power and insight when she most needs it. The novel's villain Rupert lives in terror of the dragon as a reminder of the existence of God and His righteous judgment. Though the Dragon has only a handful of scenes in the book, he is one of the most lingering figures in my imagination in the year since I read Plenilune. (Man, I need to reread this book!) 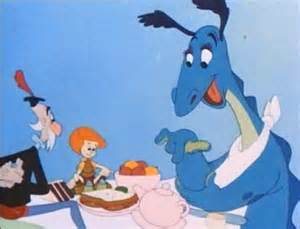 The Reluctant Dragon is a direct subversion of the classic English dragon that Tolkien loved so much. He prefers poetry to battles and picnics to pillaging. I'm more familiar with Disney's animated version of the story than with Kenneth Grahame's original story, but in both cases the dragon is a fun character whose reluctance to fight causes as much conflict as Smaug's desire to burn down the world (or at least his corner of it).

Toothless (How to Train Your Dragon) 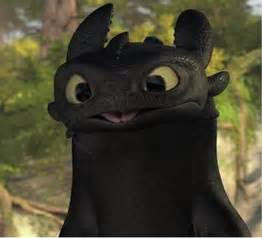 Toothless is one of the most well-loved dragons in the current culture, and with good reason. With the capacity to be a completely villainous beast and the desire to be a loving companion, Toothless has a lot of nuance for an essentially silent character. What's more, he and his rider Hiccup are also positive representation for the disabled community. As with many of the dragons on this list, his best moments as a character come from his interactions with his human counterparts. Especially in the second film, Toothless' relationship with Hiccup reveals a great deal about himself as well as the human community.

Glaurung, Father of Dragons (The Silmarillion/The Children of Húrin)
Glaurung is the original dragon in Tolkien's legendarium. He is also the dragon who terrorizes the line of Húrin, fulfilling a curse placed on them by Morgoth, the original Dark Lord. Glaurung froze Túrin in place with his baleful gaze, causing him to fail in his attempts to save his family. The dragon also put Nienor out of her mind, leading to a great deal of the tragedy in the siblings' future. Before meeting his death at the hands of Túrin, Glaurung wreaks devastation on elven cities and destroys many beautiful things. He is greater an antagonist than Smaug and an even greater example of Tolkien's view of dragons as hoarders and destroyers.


Eustace Scrubb (The Voyage of the Dawn Treader) 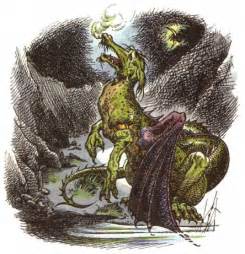 Eustace may only have been a dragon for a brief stint during his first visit to Narnia, but he only became a dragon because of his own dragonish heart (and cursed treasure). The fact is, without Eustace's time as a dragon, he would not have become a likable character, much less the splendid hero and Friend of Narnia we see in The Silver Chair and The Last Battle. Eustace is in many ways a more developed version of his cousin Edmund; although Edmund's transformation is more drastic (being saved from an immortal witch by the Creator of the World is about as drastic a salvation as you can get), Eustace's change is subtler and has to dig deeper into his flaws. The scene in which Aslan rips the dragon-skin from Eustace and bathes him in the water is a powerful illustration of what must happen inside Eustace for him to be saved, not only from his dragon-curse, but also from the destructive nature of his own personality.
dragons Maleficent Merlin Mulan Narnia Pern Pete's Dragon Plenilune Reluctant Dragon Tolkien Toothless Top 10

What do you think?

Since I talked about my favorite heroic magic-users in fiction last month, I thought I'd tackle the other side of the aisle this time. Again, I'm using the term "wizard" to refer to anyone using magic. Saruman the Many-Colored Saruman begins life as a Maia (or angel) of Illuvatar, the Creator of Tolkien's legendarium. Selected as the head of the Istari (wizards) sent by the Valar (archangels) to Middle-earth, Saruman soon abandons the proscription laid on him against taking up leadership over men by establishing himself in Isengard, an abandoned fortress. In his attempts to study the work of Sauron, initially to help the forces of good defeat the Dark Lord, Saruman becomes corrupted by his own fear, bitterness, and longing for power. Changing his name from Saruman the White to Saruman the Many-Colored, he betrays his closest ally and one-time friend Gandalf and eventually becomes little more than a wizened old man whose only power lies in his voice. (S
Read more

June 08, 2013
Currently reading: Harry Potter and the Prisoner of Azkaban  by J.K. Rowling                             Gathering Blue  by Lois Lowry Currently Writing: Revisions/editing/2nd draft of SOMEDAY (the first book in my Merlin Quartet) I'm in the middle of rereading two series that have impressed me with their stories in the past: the Harry Potter series and Lois Lowry's Giver Quartet. (Technically, I've only read what was previously the Giver Trilogy , but Lowry has written a new book in the set, Son , which I wanted to read after the others since it has been years since my first reading of any of them.) Rereading these books after some time does odd things to my experience of reading them. First, it makes me examine whether they deserved my attention and praise in the first place. Because I am reading them for a second (or in the case of PoA, third or fourth) time, it's quite likely that they did deserve my attention. A book that invites multiple readings has at least d
Read more