Showing posts from March, 2016
Show all

Fiction and the Need for Hope and Magic 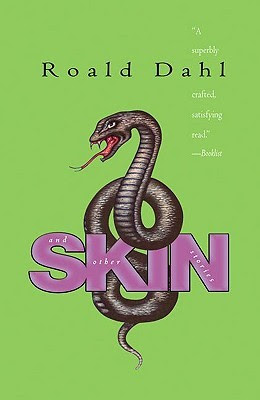 I'm currently reading two short story collections --  Skin by Roald Dahl and Nocturnes by Kazuo Ishiguro -- and the stark contrast between the two has got me thinking about my love-hate (mostly hate) relationship with so-called "literary" fiction. It's not that I don't want to like literary fiction. It's that so much of it just feels humdrum, hopeless, and depressing. I tell myself I'll give the genre another try. I spend the months afterward in a speculative fiction miasma trying to get the taste out of my mouth. Anyway, the two collections differ in one major way: Dahl's stories, though grim and sometimes unsettling, have a levity to their prose, a hint of magic in the world even when dealing with perfectly ordinary people and situations. The opening stories all deal in some way with crime and passion, but they never feel like over-the-top sensationalism. Dahl has a way of making even the ordinary seem extraordinary without telling us he
Post a Comment
Read more 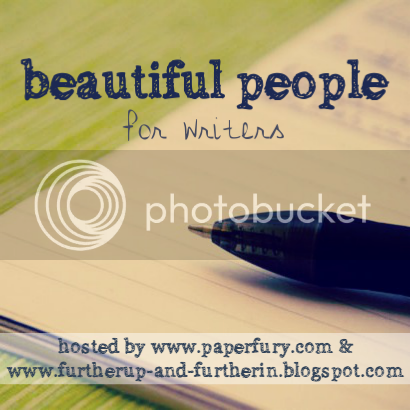 It's time for another Beautiful People. This month I'm going to focus on Mortimer, one of the three narrators of my Albion/Merlin Quartet (or baker;s trilogy as my writing group calls it), because his prequel story is giving me grief and refusing to be written and I need to finish some edits on the first book. 1. What first inspired this character? Is there a person/actor you based them off? I needed a Djinni in the book, and I liked the name Mortimer (which comes in this case from the movie Arsenic and Old Lace ). There wasn't a particular person or actor in my mind when I created him. 2. Describe their daily routine. Mortimer's not much of a routine person, but his typical day involves school and hanging out with his friends and working on whatever new puzzle has been presented to them. 3. If they joined your local high school, what clique would they fit into? As a Djinni, Mortimer would be a candidate for class clown; based on his physique, he'd
1 comment
Read more

Beautiful People Valentine's Edition: Radley and Clarice (Link-Up with Paper Fury and Further Up and Further In)

For this edition of Beautiful People, I'm going to focus on Radley and Clarice, two characters from my unfinished novel Shadowmen . They're the couple that I think of when I think of couples in my books, and they have been clamoring for the book to be written very loudly lately, so this might satisfy them (a bit). 1. How did they first meet? Radley met Clarice when she joined the school (which still needs a snazzy name). 2. What were their first impressions of each other? He thought she was going to be trouble since he's Catholic and she's the daughter of a Protestant preacher. She thought he would try to ask her out within a week because he had this "bad boy" vibe that she interpreted as overconfidence in the romance department. It took him a month. 3. How long have they been a couple? By the time of the novel, a year or two. 4. How committed/loyal are they to each other? Would they break up over a secret or a disagreement? Could s
2 comments
Read more

March 02, 2016
When it comes to Christmas specials featuring Santa Claus, Rankin/Bass'  Santa Claus is Comin' to Town  is probably the most well-known, and with good reason. It's classic and the years have been kind to it, much like they have to A Charlie Brown Christmas . But for many years,  Comin' to Town  was not my favorite version of the Santa myth. That honor went to the lesser-known Life and Adventures of Santa Claus , also produced by Rankin/Bass and based on L. Frank Baum's book of the same name. Although I hadn't seen it for many years, I would still tell people that this was my favorite version of Santa's origin story. This last year, I was finally able to sit down and watch the special again, and I found myself comparing it to  Comin' to Town   as I had before, but now the scales of my favor were tipping decidedly toward the earlier special. I've been mulling over why that is, and I've come to the simple conclusion that it's all about myth an
2 comments
Read more
More posts