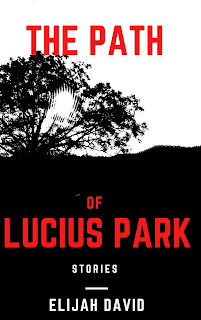 When I finished my Master's degree in 2013, I had a collection of stories that formed my thesis. They represented the work of the previous two years, and I grew a great deal during that time, learning how I could push my characterizations and storytelling techniques in new directions with limited space. In the seven years since, I have seen about half of those stories published in anthologies, and I have written a few more in the same setting, largely to fill in gaps in the overarching story of the collection. Now, at last, I am bringing that collection to the world. On January 12, 2021, The Path of Lucius Park  will be available for purchase on Amazon, Barnes and Noble, and Books-A-Million. It is currently available for preorder on Kindle . I'm very pleased with this collection, and with the cover below. It captures the stark but hopeful view of the world I was dealing with when I first began the stories inside. I hope you'll enjoy reading them. John Valley is a place of i
Post a Comment
Read more

A Catching Up: End-of-Year News

December 18, 2020
Greetings and Merry Christmas, everyone! May the hope of this season burn brightly in your hearts. I have a series of announcements of varying import to bring you. First and foremost, on the future of  Albion Academy : Portals Publishing, the publisher for  Albion Academy , is closing up shop. After Jan. 28, 2021,  Albion Academy  will no longer be available through Amazon and the various other retailers where you can currently purchase it. This is not the end of the Albion Quartet, but right now I don't have a solid answer as to what its future looks like. I'm considering various routes to publication, including a) seeking out a new publisher and b) self-publishing the series via IngramSpark alongside the Princes Never Prosper series. When I have a more definitive answer, I will let you know. Second, the third Crazy Buffet anthology is now available for purchase on Amazon . This is the series that my local writing group puts out each year. This time, my story is called &
Post a Comment
Read more

Paper and Thorns has Arrived 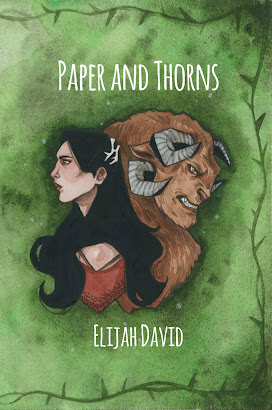 About a month ago, Paper and Thorns  made its debut into the world. After some delays getting the Kindle edition up and running, I'm glad to say that this series is firmly established. Yes, you read right. Series . But more on that later. If you have missed my previous glimpses into Paper and Thorns , here's a little backstory. I have always loved the story of "Beauty and the Beast" (see also my recent post about the story over at SpeculativeFaith ). Back when Disney's live action remake of the animated film came out, my artist friend Mirriam sketched what she thought the Beast should  have looked like (I'll give you a hint: there were lots of horns and menace going on). The design sparked an idea and I started chipping away at the story of that Beast and what his happy ending might (or might not) look like. After a couple of false starts, Paper and Thorns  really took off. It's a short book (less than 100 pages), and that is purposeful. I tend to str
Post a Comment
Read more

On the Need for Hope

This year has been a dry one as far as blog posts go. Despite being home a lot more than usual, I haven't been drawn to post as much here as I have in years past. I haven't been entirely idle. I finished the first draft of the third Albion book. I published  Paper and Thorns.  I have pulled out some old works to edit and started new ones (including a sequel/companion novella to  Paper and Thorns ). I crocheted. A lot. Since last fall, I've made 3 baby blankets, an afghan, a scarf, a throw blanket, and two stuffed Nifflers. Most of that happened after quarantine hit. And yet, this has been a season of doubt, of anxiety, of unease. I have found myself growing more and more restless and dissatisfied with my day-to-day, and even with the media I consume. Sometimes, I will pull out a familiar story just to find some half-remembered peace in its pages. I started digging into my thesis collection the other day. These stories held a special place in my heart because they represente
Post a Comment
Read more 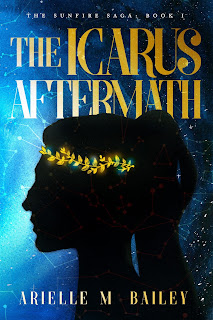 Arielle Bailey's debut novel, The Icarus Aftermath , is out in the world now, and I'm here today to talk to her about it. ED:  The Icarus Aftermath mixes Greek myth and Star Wars-style space opera. What led you to that combination? What led you to use the Icarus/Labyrinth myth specifically? AB: The combination burst on me fully armored, like Athena herself. My horse had died earlier that day, and I’d had a long day following. I was in the shower, trying to deal with it all, and I suddenly thought, “What if Icarus flew too close to the sun not to be an arrogant twit (look, he was in the original myth, okay) but to save someone else?” I mentally saw it in the blackness of space and knew instantly it was a space opera. Another ten seconds and I had the foundation of a scene that I wrote as soon as I got back to my room. It was a blinding flash of inspiration. And after I realized I’d be retelling Icarus, I knew I had to retell the Labyrinth/Minotaur myth too, be
Post a Comment
Read more

With their best captain gone, Talos steps up to lead the Rebellion’s fighters. First objective: take out the Labyrinth. Only problem? No one can find its key. Koralia thinks she can find it, or at least an alternative. She didn’t count on uncovering secrets that could rock the galaxy to its core. Now she’s rushing to find a solution before everything blows up in their face. If they don’t destroy the Labyrinth soon, the Rebellion, the planets they protect, and an entire race of people are all doomed. Greek Mythology meets Star Wars in this retelling of the Minotaur and the Labyrinth. I remember seeing Arielle post hints and snippets of this book last year when she first began writing it. I loved the concept (Greek myths AND Star Wars? It was meant to be.) and couldn't wait to get my hands on the finished product. Here we are almost a year later and we have just that. Okay, okay, you say. But is it good ? "Is it good?" No. It's am
Post a Comment
Read more

February 19, 2020
Fairy Tale Central is doing some daily challenges on Instagram featuring OTPs (One True Pairings) as part of their celebration of all things fairy tale this month. For those of us who wind up doing these things in blog form, Arielle had kindly shared the full listing on her own blog here . Fairy Tale OTP Challenge: 1. The first fairy tale OTP you shipped      Probably Beauty and the Beast or Aladdin and Jasmine. These are the earliest fairy tales I can remember getting deeply involved in. 2. The cliché fairy tale OTP that everyone ships but you still love      I think I'll probably go with Snow and Charming from Once Upon a Time. Do I sometimes feel like they get too much of the spotlight in later seasons? Yes, but their relationship is wonderful in the first few seasons as we see them fight for each other. 3. Your favorite hate-to-love fairy tale OTP      I'm assuming this is an enemies to lovers trope rather than an example of "I don't want to l
3 comments
Read more
More posts