February 07, 2017
Since I talked about my favorite heroic magic-users in fiction last month, I thought I'd tackle the other side of the aisle this time. Again, I'm using the term "wizard" to refer to anyone using magic.

Saruman begins life as a Maia (or angel) of Illuvatar, the Creator of Tolkien's legendarium. Selected as the head of the Istari (wizards) sent by the Valar (archangels) to Middle-earth, Saruman soon abandons the proscription laid on him against taking up leadership over men by establishing himself in Isengard, an abandoned fortress. In his attempts to study the work of Sauron, initially to help the forces of good defeat the Dark Lord, Saruman becomes corrupted by his own fear, bitterness, and longing for power. Changing his name from Saruman the White to Saruman the Many-Colored, he betrays his closest ally and one-time friend Gandalf and eventually becomes little more than a wizened old man whose only power lies in his voice. (See this article for a fascinating analysis of Saruman.) 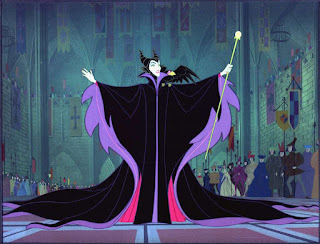 She's the queen of Disney villains and the self-titled mistress of all evil. She's so bad, she's one of the main antagonists in the Kingdom Hearts franchise (about which more on Monday), returning again and again to attempt domination of all worlds. Maleficent is one of the most compelling (and at the same time, petty) of the Disney villains. After all, she curses an infant to die because she wasn't invited to the christening. (Incidentally, I enjoyed Disney's live-action Maleficent as a different take on the story; it isn't perfect, but it is well done.) 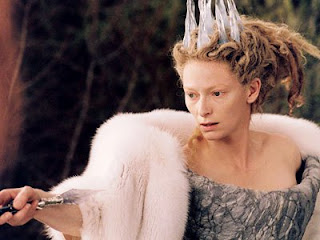 She's the original villain in the Narnia books, and the only one to get a second appearance (in The Magician's Nephew). People like to tout her as the ultimate evil in Narnia, but I think that title rightly belongs to Tash (an argument for another time). In any event, she's a classic evil witch with surprising depth to her backstory, even if we have to wait until the sixth book (yes, publication order is best) to get it. Jadis is such an iconic and driving force in the books in which she appears, Walden even shoehorned her into two other films, one of which doesn't even refer to her in the source material! 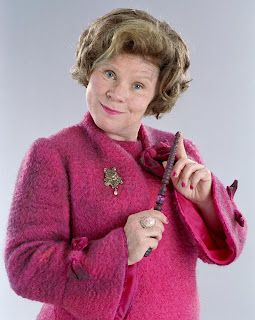 Arguably the most hated villain in the entire Harry Potter series, Umbridge is an amalgamation of terrible educators, interfering governmental employees, and the worst parts 1950s culture. She tortures students who disagree with her on politically volatile subjects, arbitrarily bans student organizations, censors the news outlets allowed in Hogwarts, and fails to even teach to the test (which is her stated purpose in life.) She's the only wizard known to be able to produce a Patronus (which, like flying to Nevernever Land, requires happy thoughts) while wearing a Horcrux. She's messed up, to put it mildly, and she's one of those characters I just love to hate. 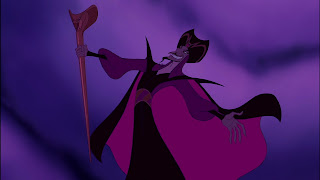 Jafar is one of my personal favorites among the Disney villains for two very specific reasons: 1) he is diabolically evil, resorting to sorcery, lies, and attempted murder just to retain the power he already has (as opposed to Scar, who lies, murders, and manipulates to gain more power) and 2) he uses puns. Child me did not understand puns. I never got the jokes in Disney movies that centered on wordplay because I either didn't know there were two layers to a joke (having never heard of a "club" sandwich, I assumed The Lion King's "cub" sandwich was simply that) or I didn't understand why it was funny to say things with two meanings. I took all of Jafar's puns literally -- an easy task given how he literalizes his own words with magic. Now, as an adult who has developed a taste for sarcasm and puns, I relish Jafar's morbid sense of humor, even if it's a little too pointed at times. 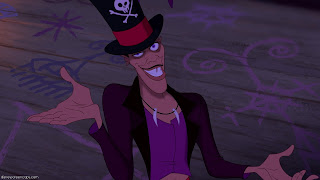 One of the newest Disney villains, Dr. Facilier hasn't had as much fame and success as his colleagues, but he's still on my list of characters I want to see on Once Upon a Time. (Now there's a list I should write up for the blog.) He is one of the darkest villains, having essentially sold his soul to the shadows in exchange for power (kind of like Rasputin in the animated Anastasia). He is also one of the few villains to actually kill another character onscreen in a Disney film (and no one has recovered from Ray's death since). 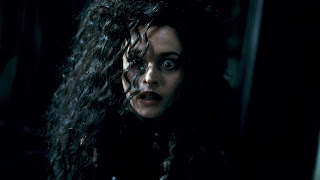 Another Harry Potter villain, Bellatrix is possibly the second-most demented antagonist in the series after Umbridge. (I won't count Voldemort because he's essentially a psychopath from birth.) Bellatrix also delights in torturing those she disagrees with, or even those she views as less than herself. She is responsible for Neville's being essentially an orphan and killed one of my favorite characters (RIP, Sirius). Bellatrix is one of those characters I was happy to see die in Deathly Hallows (making her one of three, counting Voldemort and Nagini). 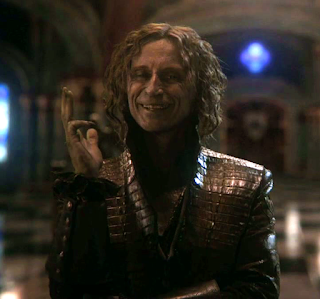 Rumple is one of my favorite villains (and characters in general) on Once Upon a Time, the show I have the longest-running love-hate relationship with. His eventual hoped-for redemption is on my list of things that must happen before this show ends. (Never mind that they've given it to us. Twice. And then taken it right back. >_> I did say this was a love-hate relationship.) Rumple's initial goal, his entire reason for being and doing, is to reunite with his son. While this creates a depth of sympathy for him that gives his character much-needed complexity, it doesn't excuse the many horrible and manipulative things he does to achieve that goal. He tries so often to be the man his loved ones want him to be, and love drives him through a large portion of his character arc(s). But in the end, power always overtakes his other loves (even when it makes no sense). Still, Robert Carlyle's portrayal covers a multitude of the writers' sins, and Rumple is still my favorite imp.

The Wicked Witch of the West 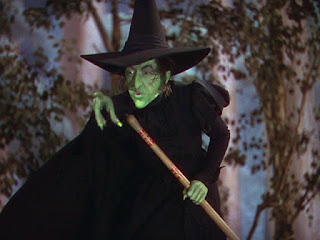 The most iconic witch ever, and one of the most parodied, she was as much a staple of my childhood as Maleficent. The Wizard of Oz is one of my mother's favorite films, and my brother and I watched it dozens of times while we were growing up. Wicked aside, West is evil, inventive, and downright mean (not to mention a hydrophobe and photophobe in the book; yes, an evil witch who's afraid of the dark). 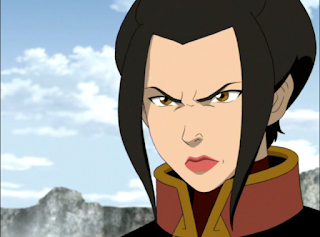 Azula is the best of the villains on Avatar: The Last Airbender because she has all the maniacal laughter big bad mentality of her father, Fire Lord Ozai, while still keeping more emotional depth like her brother, Zuko. Her descent into madness in the Avatar finale is some of the show's best writing, and her complicated relationship with Zuko, developed in flashbacks to their childhood as well as current-time scenes in the show's second and third seasons, makes Azula one of the most human of Avatar's antagonists. 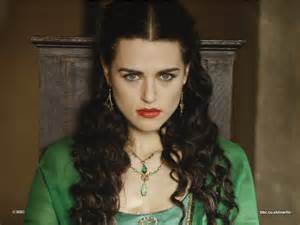 Madam Mim (Disney's The Sword in the Stone) 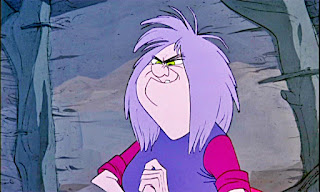 June 08, 2013
Currently reading: Harry Potter and the Prisoner of Azkaban  by J.K. Rowling                             Gathering Blue  by Lois Lowry Currently Writing: Revisions/editing/2nd draft of SOMEDAY (the first book in my Merlin Quartet) I'm in the middle of rereading two series that have impressed me with their stories in the past: the Harry Potter series and Lois Lowry's Giver Quartet. (Technically, I've only read what was previously the Giver Trilogy , but Lowry has written a new book in the set, Son , which I wanted to read after the others since it has been years since my first reading of any of them.) Rereading these books after some time does odd things to my experience of reading them. First, it makes me examine whether they deserved my attention and praise in the first place. Because I am reading them for a second (or in the case of PoA, third or fourth) time, it's quite likely that they did deserve my attention. A book that invites multiple readings has at least d
Read more